Graphic design can build trust and community in climate conversation

Visual communicators can help save the planet, one design at a time.

When it comes to tackling climate change, graphic design might not be the first thing that comes to mind. But a problem as far-reaching, imminent, and defining will need every tool at our disposal to solve.

Dr Rebecca Green, graphic design lecturer and researcher in the School of Art & Design at UNSW Arts, Design & Architecture, says that understanding graphic design principles is an untapped opportunity in the fight against climate change.

The experienced graphic designer and illustrator says graphic designers have a critical role in helping to address the most crucial problem of our time – by communicating climate change messages through powerful and compelling visuals that resonate.

“Climate change is also a social problem. It’s caused by humans and can be solved by humans,” says Dr Green. “Communication is how we socialise; it’s how we find the groups we identify with, and graphic design provides the symbols and signs that help us identify these groups or ideas.”

Given the rapid advancement of digital media technology, and the increasing use of image-based visual communication online, the role of the graphic designer in translating climate change messages becomes more important by the day, Dr Green says.

Complex compositions of texts and images that communicate messages and ideas have become an important language with the explosion in the online experience in the last 30 years,” Dr Green says.

“We’re exposed to a much higher degree of designed visual messages than we ever have before. We can see over 1000 visual messages a day…and so we have a more sophisticated understanding of graphic design than you might think.”

Dr Green’s research tests how graphic design impacts reception, trust, and belief across climate change, as well as other complex issues like vaccine hesitancy. Critical components of visual communication, such as colour, imagery, logos and style­ all work together to convey meaning, lead to trust (or mistrust) and ultimately influence the uptake of strategic climate messaging.

“The important thing about graphic design and how people trust is by finding symbols or ideas that they identify with. What graphic design does is provide those symbols in an easy to remember, easy to spot, visual way,” Dr Green says.

However, poor graphic design can be more hindrance than help. Dr Green’s previous research shows that some graphic elements can convey unintended meanings and lead to mistrust, even when the viewer believes climate change is real. Visual elements like the slickness of design or representation of the authority producing it – can also change viewer opinion regardless of what the message says or who is saying it.

“The important thing about graphic design and how people trust is by finding symbols or ideas that they identify with. What graphic design does is provide those symbols in an easy to remember, easy to spot, visual way.”

“We are far more fluent in things like infographics today, but that trust can be affected by what the infographic looks like, rather than the data being presented,” Dr Green says.

“In fact, we’re inclined to trust something or not right off the bat, based on things like what the logo is, the colours being used, the look of the typeface, and that’s based on really complex understandings of visual style and whether those elements work together.

“For example, we do know that logos particularly help communicate the authority behind something. If that’s not clear and it’s a style that doesn’t match, then people might start to become suspicious.”

Dr Green also says that different sub-groups and their beliefs in climate change require different graphic design styles. Visual communications must be tailored to ensure the message is not misinterpreted, or lost in translation.

“[For some groups], graphs and other data visualisations that show purely scientific cause or problem may result in responses of purely scientific solutions, which can lead to all sorts of argument fallacies like cherry-picking data, citing debunked papers and so on,” Dr Green says.

“Similarly, communications with images of people might result in hostility towards that expert, or celebrity, or fire chief who is presenting the message.”

Using the right combination of elements in the graphic design of climate change communication can not only help boost understanding and engagement with the issue but also build communities, Dr Green says.

“Graphic design language really has the power to unite or divide. So, graphic design needs to be careful to make sure it fosters communities based around the global good, using the right symbols, the right authority, and the right logos,” Dr Green says.

Dr Green says one area in particular graphic designers can use their skills is to help shape the narrative around how communities can take climate change action. With the public discussion around climate change now at a tipping point, Dr Green says it is time to help turn public willingness into tangible action.

“Climate change is so big and such a wicked problem that it’s common to think we can’t make an impact as an individual or as a small group,” Dr Green says.

“Graphic designers know how to make a message appeal, and we know how to persuade people through text and image compositions. What we now need is our leaders to stand up and decide on the tangible actions that need to be taken.

“One way forward is through activism, connecting with others to create a huge groundswell that can shift government thinking. That’s where graphic design can help people find, identify with, and feel inspired to join the groups with the kind of forward thinking and action our civilisation needs.” 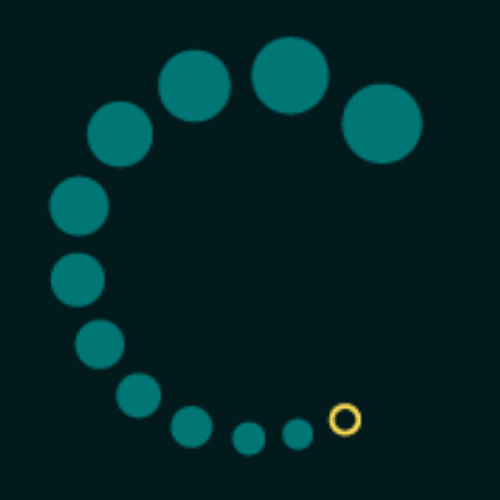