The Net Zero Ambition - The Role of Innovation

The role of technical innovation in responding to climate change is of great interest to universities – researchers are investing time into developing technologies, and two discussion events during the #ClimateTalks Festival 2021 were dedicated to the topic.

At the #ClimateTalks Festival, researchers, scientists, and educators shared their experiences in developing technology to better measure how the global climate is changing. They demonstrated innovative tools, technologies, and resources used to assess and monitor climate change, educate, raise awareness, and inform responses. This article provides a summary of some of the innovations presented at the festival, indicating how new technologies can lead the way toward a climate positive future. 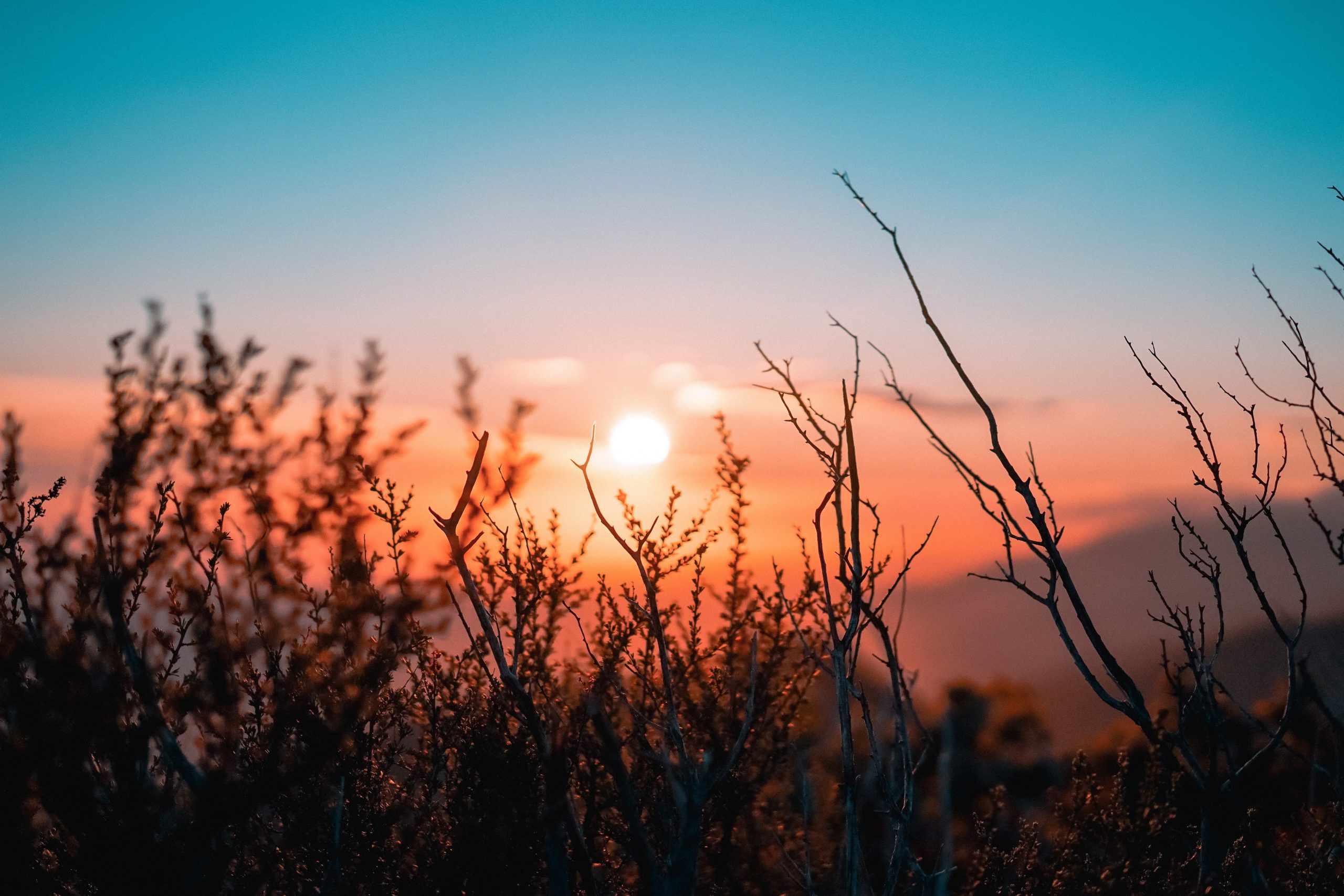 In a world where climate change is slowly becoming the accepted reality, innovations in technologies are helping guide communities and institutions towards strategies for the future. All panellists at the #ClimateTalks Festival were keenly aware that education on climate change is key to implementing innovative technologies and transitioning societies to net-zero carbon.

“Climate change is not a religion: it’s a science,” says Professor Alberto Troccoli, Managing Director of World Energy & Meteorology Council. Since we’re still hearing people say they don’t believe in climate change, this is a point worth repeating. Troccoli says climate change needs to be seen as observable fact and not a debate. Professor Matt Parker from New York University responds, “No one ever asks, do you believe in gravity?”

At the festival, Professor Troccoli shared a climate visualisation tool that provides users with facts illustrating how the Earth is changing. The tool is called TEAL (after the colour of the ocean) and has been developed by a team of designers and climate scientists. It is highly visual and freely accessible for general audiences, at the same time as being scientifically rigorous and supported by observations combined with atmospheric modelling. TEAL provides visual evidence of changes over the past 70 years everywhere on Earth in temperatures, rainfall, carbon emissions and other climate factors.

Students Learning from a Virtual Fieldtrip

IBM is also contributing to the goal of educating on climate and upskilling the future workforce. Through their Academic Initiative, free access to their Global University Program is provided to classrooms and non-commercial groups. At #ClimateTalks, panellist Yean Feng Yue described how 100,000 students, 12,000 faculty users, and 5,000 academic institutions in over 110 countries are making use of IBM’s suite of resources and training. Other IBM activities, such as  Call for Code and Tech For Good, illustrate the potential for technology to solve real world challenges.

Associate Professor Christian Schott, from Victoria University of Wellington in New Zealand, specialises in tourism management education with an emphasis on sustainability and climate change. Schott says that tourism generates a total 8% of global greenhouse gas emissions. He has combined virtual reality and experiential learning to create an award-winning educational tool that digitally immerses students in Fiji or the Peruvian Andes, to learn about the climate change and sustainability challenges facing different areas. Both the educational innovation and research on user experiences are available through open access.  After undertaking the virtual fieldtrip, students must develop culturally sensitive sustainable tourism proposals. Through this experience, students are not only learning about climate change impact but are actively engaged in developing adaptation strategies.

Carbon Capture and Its Controversies

According to Professor Matt Parker, climate mitigation needs to address both transitioning away from carbon-intensive activities and dealing with the carbon already trapped in the atmosphere.

Carbon Capture and Storage (CCS) is a method of dealing with the CO2 already present in the atmosphere. CCS is an area of significant technological innovation over the past twenty years, and involves capturing CO2 and storing it underground.  Significant investment has been made globally in CCS projects – the Australian Government has committed over $4 billion of public money to CCS since 2003 (Merzian, in Morris, ABC news, 2021). However, the results of CCS are far less than the amount being invested into it. Rather than contributing to reducing atmospheric carbon, critics describe CCS as a “license to ramp up emissions” (Climate Council 2021). When CCS is a company’s only form of emissions reduction, it can be used as an excuse for continued fossil fuel extraction and carbon pollution.

Carbon capture technologies are “critical for putting energy systems around the world on a sustainable path” (Baylin-Stern & Berghout, 2021). However, by using the captured carbon in short-lived products such as beverages or synthetic fuels, CCS only temporarily reduces the CO2 entering the atmosphere (American University 2022). In contrast, some Carbon Dioxide Removal technologies use a range of strategies to remove CO2 in the long term, including storage in geological formations, the deep ocean, minerals, biochar, trees and soils, and long-life products such as cement (American University 2022). Capturing CO2 in this long-term way involves a range of techniques such reforestation, seaweed cultivation, and agricultural methods to increase soil carbon (Nogrady 2021).

Professor Parker is critical of some innovations masquerading as climate mitigation strategies. We need to be not just aware of the problem, but discerning about solutions proposed, because not all climate actions are effective. While some carbon capture technologies are important innovations, we must be wary of companies which use CCS as a form of greenwashing.

The Open Air Collective is a volunteer organisation which helps people to maximise their personal impact on mitigating climate change. The Collective is most widely known for its global student competition, the Carbon Removal Challenge, in which students compete to design devices to remove CO2 from the air. Students can gain practical experience with carbon capture technologies, and have the opportunity to connect with researchers and industry experts in the field of emissions reduction.

An example of the Collective’s innovative work is their promotion of new technology on concrete production, currently responsible for 8% of global emissions. The Collective aims to flip concrete from being an emitter (carbon positive) to removing carbon (carbon negative) through the use of embodied carbon concrete. Through their advocacy, governments in New York, New Jersey and Virginia have introduced bills to encourage the use of this innovation.

Technology is at the heart of innovating for climate. Jitendra Singh, research scientist at IBM India Research Lab shared numerous examples of this from IBM’s Future of Climate initiative. AI, hybrid cloud and quantum computing are being developed to promote decarbonisation awareness and action on several levels including enterprises, communities, individuals, and students.

At enterprise level, organisations are under pressure from investors, consumers, and shareholders to accelerate climate action. In many contexts the policy landscape also encourages enterprises to reduce emissions. IBM is using AI to assist enterprises and supply chains by accounting for and monitoring emissions and to de-carbonise through a carbon accounting engine, hotspot identification and reduction measures. Singh explained how supply chains are typically analysed for cost and performance and not carbon emissions, even though they can be great emitters. IBM uses AI to identify how order fulfilments with adjustments as well as inventory optimisation can be achieved while reducing carbon emissions.

Innovation has an important role to play in helping communities understand climate change and develop climate resiliency. Climate adaptation involves building an understanding of climate impact based on accurate analysis and assessments of the contexts, and then responding appropriately to manage the risks.

Professor Jason Sharples, from UNSW Canberra, has developed a rigorous understanding of bushfire dynamics from observing, analysing, and modelling extreme wildfires across several continents. He explains, “extreme bushfires are coupled fire and atmosphere events driven by dynamic fire propagation and violent pyro-convection”. In other words, when fires are very intense the heat reaches into the atmosphere and creates atmospheric conditions that feed back to the fire, producing a firestorm. When observed from above, these fires look like atmospheric events.

Just in case there is any lingering doubt, the ‘Black Summer’ bushfires in Australia 2019-2020 were not the result of arsonists. Sharples describes the preceding year as the hottest on record, the driest on record, and the highest accumulated fire danger – all effects of climate change. The fuel loads were no higher than they had been for the past 30 years. Instead, the dryness of the fuel was the dominant contributing factor (O’Kane and Owens, 2020). The impact of the fires was unprecedented. The largest area of forest was burnt in recorded history, with the greatest number of violent pyro-convective events, and “the largest recorded total fire radiative power and the lowest accumulated fuel moisture”. The economic cost of the fires is estimated to be over A$100 billion. 5,900 structures were destroyed. The cost to the biosphere includes about 3 billion animal lives.  The human cost includes 34 fatalities and around 450 smoke-related deaths.

There is no denying that extreme weather events pose enormous risk to society and communities around the world. Sharples quotes Rick McRae (Badlan et al, 2021) in describing the “age of violent pyro-convection.” We have reached an apparent tipping point in the prevalence of catastrophic bushfires. The greatest risk to houses and buildings in these events is the profuse generation of embers, which creep under tree canopies and infiltrate gardens and houses. For this type of hazard, current housing and building codes are inadequate. Technological innovations can assist, nonetheless.

Sharples says that the best use of technology is in the early detection of bushfire outbreaks before they become out of control, and in improving decision support systems, which includes enhancing our predictive modelling capabilities. Satellite data and machine learning is used by IBM, for example, to predict the intensity of wildfires and determine where fire-fighting assets should be staged.

Despite recent attention globally being directed to the COVID-19 pandemic, “vulnerability to climate change is the greatest challenge in the 21st century” (Taskinsoy, n.d.). At the UN Climate Change Conference, CoP 26 in 2021, “nations adopted the Glasgow Climate Pact, aiming to turn the 2020s into a decade of climate action and support” (2022 UN Framework Convention on Climate Change). To track the success of COP26, the Ecology and Development Foundation (ECODES) created an open-access database in Spanish with all the commitments made at the conference. This database encourages further transparency and action beyond initial pledges.

Many say we are running out of time to act. The discussions among experts summarised above provide welcome good news: that the innovations currently available together with others being developed could potentially combat climate change. What is needed is the will to act and for governments to lead.

Rather than the carbon emission counter continuing to move upward, we look forward to the day it starts to move in the opposite direction towards values closer and closer to zero.

Climate Council, 2021, What is Carbon Capture and Storage? at: https://www.climatecouncil.org.au/resources/what-is-carbon-capture-and-storage/

Nogrady, B., 2021, We’ve got Carbon Capture all Wrong, Wired, April 6, at: https://www.wired.co.uk/article/carbon-capture

What does ‘zero carbon’ mean when you don’t have electricity?
29 October 2021